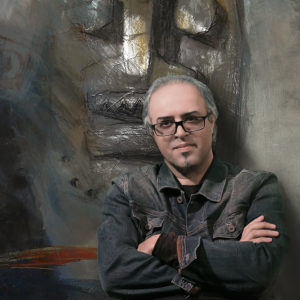 Behzad started when he was just 14; he grew in an artistic family and has worked in various forms of conventional media basically working with pencil, watercolor, chalk and oil. He was interested in academic drawing, painting and character design. Shortly he became versed in sketching and gradually turned to watercolor and oil painting.

From 1993, Behzad began illustration. He has produced dozens of paintings with themes of nostalgia and mingled elements of traditional eastern painting with western arts. After a while, he decided to introduce many obscure Persian artists, actors, poets and writers by virtue of his illustrations. He gained first rank in portrait drawing and engraving techniques among many artists in Switzerland.

His passion for drawing and painting led him to great opportunities; he absorbed different creativity and technical approaches of new facilities such as digital art. He productively uses computer in his creation of the artistic illustrations, concept arts and matte paintings. He has published over 340 posters and artworks in his life and held many different group and solo exhibitions in different countries.