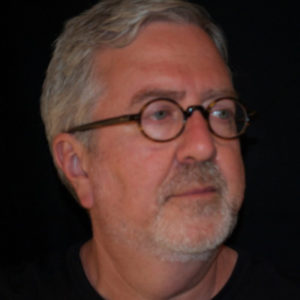 For over 25 years, I was the accountant by day, the artist by night. These may sound to be contradictory, but in reality, there are many similarities. The accountant and the artist both need structure and discipline and curiosity.

I started drawing and painting around twenty five years ago. I don’t have formal art degree, but I’ve studied under a number of professional artists, including a pastel master class with Wolf Kahn at the National Academy in New York. In Toronto, I’ve studied with artists such as Barry Coombs, Susan Low-Beer and Jacqueline Treloar. Also, I come from an artistic family. Collectively, they all helped me find my own voice. From watercolour to pastel to oil paints and a few other media interspersed through the years, my painting style has evolved over time, but it’s always been influenced by my first studies in watercolour. I like to work in thin, diluted layers of paint.

I spent time in the North, close to James Bay. There, I fell in love with the simple, stark landscapes, the massive skies. Years later, these would have a definite influence on my paintings. More recently, I spent two weeks on the west coast of Ireland as part of the Cill Rialaig Project. I try to capture the atmosphere rather than the specifics of a sunrise, a night sky or a winter scene. I like to lead the viewer, but I also need to let them find their own space, find their own story through my paintings.

Creating art is very much about the journey. I enjoy the process of creating a piece of art – a drawing, a sculpture, a painting, a photo. My paintings are an exploration of colour, of light, of rhythms and patterns, of movement and space.

Over the years, I’ve had the privilege to be able to present my work in a number of solo and group shows in the Toronto area. I’ve also shown my work in group exhibitions in New York City. My paintings can be found in a number of private collections.
​
I was born and raised in Montreal. I now live and work in Toronto.